The owners of this project had a vision to take an abandoned warehouse, an existing circa 1905 to 1935 building and create a state of the art recording studio for their band. The band is known nationally and had been working on their next album, even having completed the recording of some of the songs at another location. When this project was completed and the quality of the new recording studio was discovered, they completed their album at this site and even re-recorded all the songs that had already been completed at another site.

The quality of the recording studio can be attributed to the internationally known recording engineering and studio consultant, Horacio Malvicino. He succeeded in creating one of the most technologically innovative recording studios in the country. All in a restored building that used Historic Tax Credits and achieved LEED certification. The building is in a part of the city of York that has been seeing a revitalization that also included the building of a new baseball stadium a few years ago. 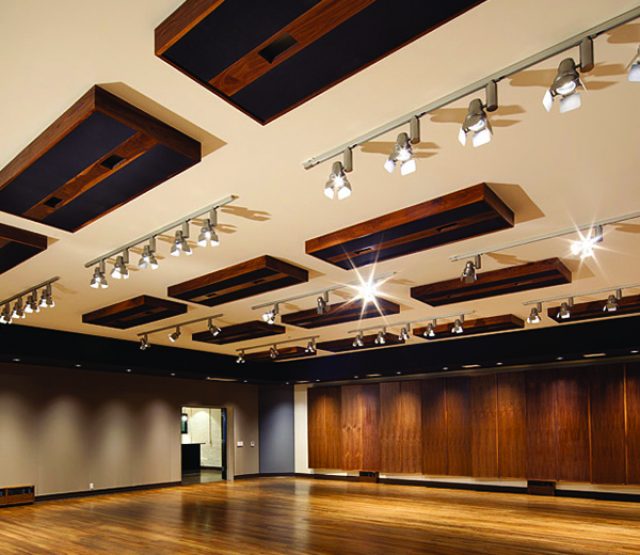 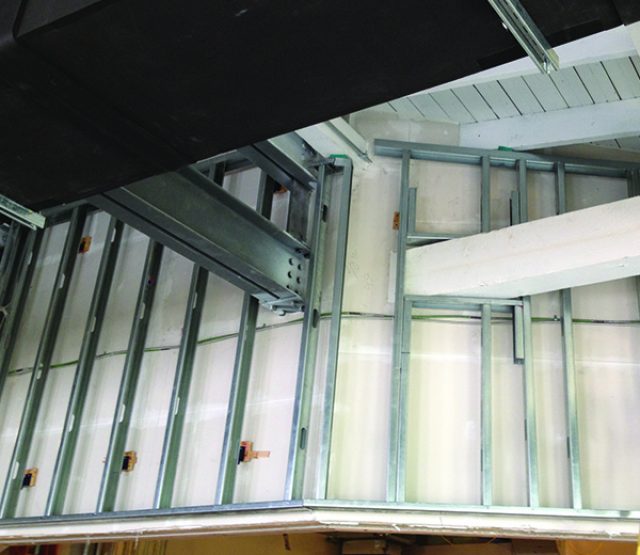 Smucker Company is proud to be a part of this special project. This project demanded an incredible amount of attention to detail, innovation and quality. Our personnel were constantly working with Kinsley and LSC Design to create solutions “on the go” because you never know exactly what you are going to encounter with a historic rehab project.

We were able to suggest and get approved an alternate product for the exterior wall insulation. After examining the wall and the desired outcome of the exterior wall insulation design, we suggested to Kinsley and LSC Design a different type of rigid insulation, which the owner ultimately accepted. The installation of the alternate product ended up saving time and money for the project, which we in turn were able to pass along a savings to the owner.

The recording studio was the main feature of this project and it required daily quality control from our Foreman, Dave Ross. The intent of the construction of the space was to have the room completely isolated from the rest of the building. To do this, there were many layers of construction and isolation products that were used to create the studio. At one point during the construction, the engineer/designer, Horacio Malvicino, said in an e-mail “Superb, this is by far the best studio construction in the past three years!!! Thank-you”.

The studio ceiling is two layers of 5/8” drywall attached to hat channel which was attached to cold rolled channel, which was suspended from the ceiling above by Kinetics Isolation hangers. The studio floor is ¾” plywood on two layers of ½ drywall on another layer of ¾” plywood. The drywall is “floating” and attached only to itself so that no sound can transmit between the plywood and the drywall. The 2nd layer of plywood is sitting on top of sound isolation “hockey pucks”, which are attached to the subfloor. The cavity created by the “hockey pucks” between the subfloor and the ¾” plywood is stuffed with sound batt insulation. The studio walls have 12 total layers of drywall. Each layer is staggered and all joints and screws are taped and spackled. The wall starts with a 3 5/8”, 12 gauge metal stud wall with 3 layers of drywall on each side. Then attached to each side are isolation clips which support another metal stud wall constructed with 3 5/8”, 20 gauge studs and another 3 layers of drywall attached to the stud wall. In addition to the studio, there is a rehearsal room that also has lots of isolation clips and hangers.

Other areas of the building include living quarters for the band members, guest rooms, exercise areas, a sauna and a couple of bars. In these areas, our work included lots of metal framing, drywall and acoustical ceilings. While this sounds like “normal” work, we ran into lots of challenges that are only experienced when being a part of a historic rehab project. Trying to make the building complete with modern amenities while keeping of much of the history of the building alive was a constant work in progress.

Each floor had to be “fire-rated”, so we installed a fire ceiling on the underside of all of the existing floor joists. The inconsistency of these wood floor joists that have been there for almost 100 years created lots of challenges and frustration for our hangers and finishers. Throughout the building, the existing structure was maintained and left exposed as much as possible, which meant that our hangers and finishers had to fit and spackle to uneven walls to create a quality, ready to paint drywall wall.

Our acoustical mechanics installed acoustical ceiling grid and tile throughout different areas of the building. In one area, they also used aircraft cable to suspend wood ceiling pods. The pods needed to be carefully laid out so that all the different pods aligned with each other. This is tedious work, especially when trying to line up a “floating” ceiling.

We thoroughly enjoyed working with Kinsley, LSC Design and the owner on this landmark project. We try to learn something new on every project, but this project frequently gave our management and field personnel new challenges. We are proud of the fact that we overcame the challenges and received rave reviews from Kinsley, LSC Design, the owners and the studio designer. And most of all, we are proud to have been a part of preserving a historic building that was saved from demolition.