With the recent new stadium construction in York and Lancaster, Harrisburg’s City Island Stadium (now Metro Bank Park) was very outdated and this new project has created a modern minor league facility that can rival any minor league stadium in the nation. The stadium has already won some national awards and it’s exciting that Smucker Company could be a part of this project.

The scope of work itself is nothing that unusual for Smucker Company…we built the exterior walls and some soffit work for the corporate suites. There was the normal attention to detail that is needed when doing structural framing. It is imperative that the connection and bracing details are followed and some of the details for this project were even more stringent because of the winds that blow along the Susquehanna River. Smucker Company workers were able to install all of this work according to plans and specs. 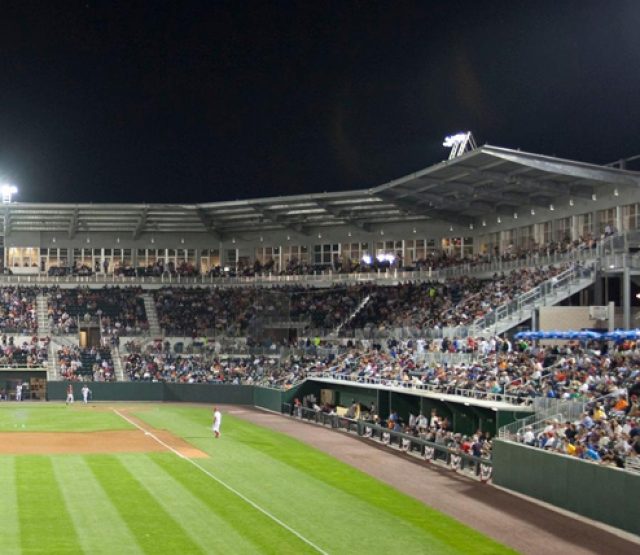 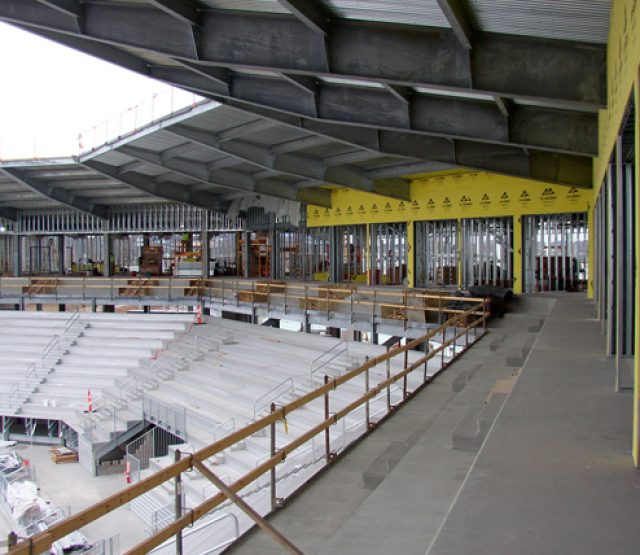 First of all, the schedule was very tight to begin with because of not being able to start the project until after the 2009 baseball season and then needing to have the entire project complete for the start of the 2010 baseball season. When we took the contract for the project, we had put a lot of thought and planning into how we would execute and be able to complete the project on schedule.

Before we even got started, there were some design delays and then soon after we got started, the weather became a factor. I mentioned the wind on the Susquehanna River…even on a normal day in the winter time, the wind was a challenge. But with the winter of 2009/2010 being one of the worst in recent history, the wind and snow was a constant, daily obstacle. The site was already very tight because we were working on an island around an existing baseball field. Add to that all the snow we had and it was sometimes next to impossible to get our power lifts around the building. Plus, the wind made everything feel colder because of the wind chills. Trying to grip the cold, metal studs and then the screws was also a daily challenge for the workers.

We were able to keep working through most of the winter, but did have to be very flexible with work days. We needed to work weekends at times to make up for days that we had lost that week to bad weather. In the end, we did complete the project on time, but it went down in our company as the project with the worst weather delays that we had ever had.

We also worked with a minority subcontractor in a very unique mentoring situation. We gave him a Subcontract to perform some of our scope and then we had our Foreman and Journeyman help train his workers so that they can learn the trade. It worked out very nicely and we got some nice recognition from the city of Harrisburg for our efforts.

Smucker Company is very happy to say that in spite of all the challenges, we performed at a high level and received accolades from the entire project team.