The PA College of Health Sciences Project is special because it took the skills and talents of many different people working for many different companies and transformed a warehouse with 40’ high ceilings and no interior walls into a high-tech, state of the art education facility that totals over 330,000 sf. The building now has two floors with areas that have open ceilings to the original 40’ high ceilings. It is equipped with classrooms and labs that simulate hospital rooms and operating rooms. This allows the nursing students to have an education that includes hands-on learning with actual equipment that they will see in the real world. 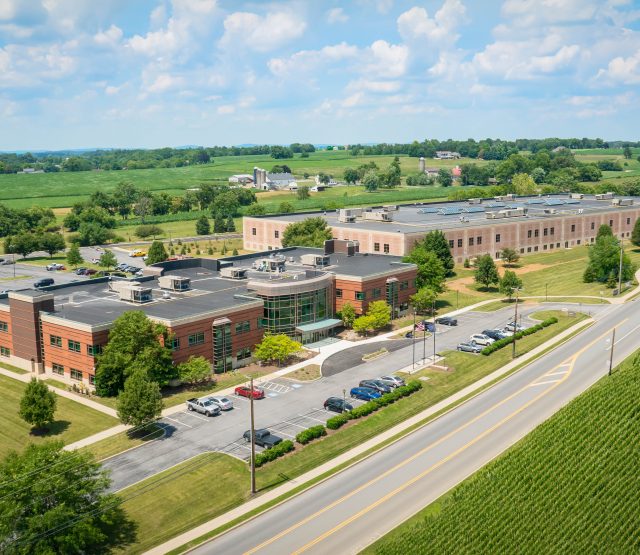 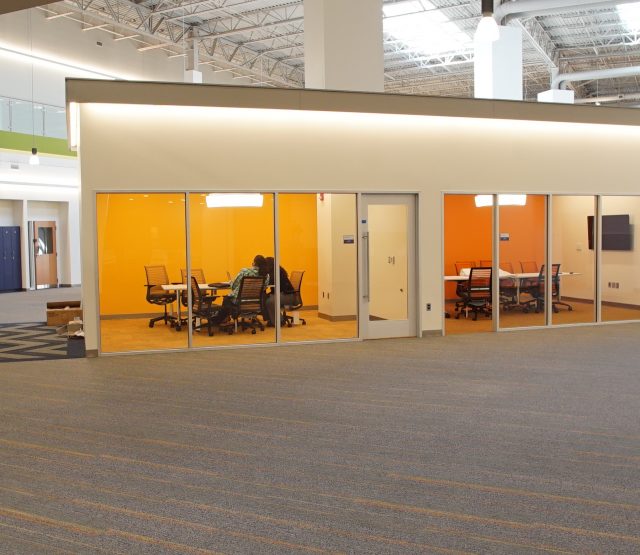 Smucker Company got involved in the early stages of this project by helping High Construction with the budgeting during the design-build process. The schedule was very aggressive for a project of this size and detail. The project started in June 2015 and was completed by June 2016. Smucker Company was able to provide the push needed by High Construction personnel so that the project stayed on track. The end date had to be met because the College was taking over in late June so that they could get ready for the school year that started in the Fall of 2016. High Construction allowed our Foreman, Dave Ross and our Project Manager, Rick Gabrielson to have an active role in scheduling not only our work, but also the work of the other trades. This important role that we had in pushing the schedule for the project is mentioned by the High Construction Project Manager in his reference letter where he says, “They were the biggest pushers of the schedule after the structural work was complete, and kept all the other subcontractors on their toes”.

Another impact of the early involvement by Smucker Company was the ability to offer ideas for changes in design and offer savings for the project. One specific example of this was with the Acoustical Ceiling tile. We identified an alternate product that would still meet the design criteria and not change the look of the project. We submitted the idea to High Construction and the architect; the change was ultimately approved resulting in savings of $130,000 for the College. Scott Lokey, Director of Facilities for the College, mentions this in his reference letter.

Once our workers got on site, the pace of construction was fast and furious. During the peak of our work, we had more than 50 workers on-site for more than 4 months. As mentioned before, the entire project was completed in 12 months, which included the existing Office Building interior area-having about 90% of the interior being demolished and rebuilt into offices for the College Administration Team- and a Dining hub for the entire College. In the warehouse building, the square footage was doubled with the addition of a mezzanine level lined with glass railings. On the entire project, our workers installed 14,000 sheets of drywall, 55,000 ceiling tiles and thousands of linear feet of metal studs.

Because it was a Design Build project and also a renovation project, many construction details were worked out in the field. There were last minute additions to the work that needed to be completed in the same timeline as the original schedule. A few examples of these changes were the addition of 11 new windows and all the metal stud framing, drywall hanging and finishing associated with those windows. There was the barrel ceiling in the Lobby of the Office building that was removed at the last minute because the ductwork didn’t fit. Our workers then had to rebuild the barrel ceiling with metal studs and drywall. There was the addition of Fry-Reglet reveal bead in the Lobby that was not shown on the original drawings. In addition, High Construction used our carpenters to install a lot of their carpentry work on a time and material basis.

Another challenge that our acoustical workers faced was the linear ceiling diffusers for the HVAC system. At a very late stage of the project, it was decided that they would use these diffusers. In most areas in the building, we had already installed our ceiling grid. We now needed to go back into those areas and cut back the grid and add additional main channels to support the linear diffusers. It also meant that our ceiling tile would be too wide for those areas. So, we worked with Armstrong to get special cut tiles with a factory cut edge detail and painted tegular edge for the areas of the ceiling that had the linear diffusers. The result is a “perfect” edge beside the diffusers, instead of a messy looking field-cut edge.

One of the feature areas of the project is the 400-seat, column free auditorium. In this auditorium, we installed the metal studs, plywood and drywall that created the soffits and ceiling work above the stage, the stage, the walls and the raised seating area in the rear of the auditorium. For the area above the stage, we worked from a scaffold platform and had to complete all the metal framing and drywall for the curved soffits and the acoustical ceilings before we could do any of the work needed for the stage, which is directly below this ceiling. When the ceiling and soffit work was complete, the scaffold was removed and the stage was constructed the finished area directly above. Because of working directly below the finished area, we needed to take extra care with the construction dirt and debris while we built the stage. In the raised seating area, we installed all the metal studs and plywood to create the raised area that would hold the seating. We also used a new product before installing the plywood on the floor to help with sound absorption. The product was an acoustic-block rubber membrane that was placed between the metal framing and the plywood.

In the main area of the classroom building there are learning pods which were built completely with metal studs and drywall. These are placed in the large open areas with the original open 40’ high ceilings above. In these open areas, there were new skylights cut into the original roof. All the work associated with the skylights needed to be completed well in advance of the work on the main floor because once the learning pods were installed, there was no access to the skylights. Again, this put great importance on sequencing our work along with the other trades.

Around these learning pods are large areas that are framed with a curved metal stud and drywall soffit. We used a new layout tool by Hilti in these areas so that layout mistakes could be controlled in these large areas. Because of the detailed nature of these rounded soffit areas, we assigned a crew leader specifically for this work. This is an example of our commitment to managing this project. Greg Spaulding recognizes this commitment in his letter when he says, “The project management and field team for Smucker was very prepared and took a very proactive approach to their work”.

Another design feature throughout the building is the ceiling clouds. These were constructed out of metal framing, drywall and Axiom trim reveal bead. Once again, the attention to detail needed in these areas showcases the quality of the work that was performed by Smucker Company’s workers. These clouds are very prominent in their placement and appearance throughout the building and it was very important that the quality was impeccable in these areas.

Smucker Company loved working on this project. The teamwork between the Owner, High Construction, the other trades, and Smucker Company is really how all projects should be done. The huge effort in such a short time period could only be done because of this great teamwork. And someday when I need hospital care, I will probably be cared for by a nurse who attended this new, state of the art College.