The Strand Capitol Performing Arts Center is a 36,000 sq. ft. theater located in downtown York. The scope of work for the project was a complete renovation and restoration of this historic building. During the design and construction process, great attention was given to reconstructing and maintaining the design and appearance of the original building. Smucker Company performed the installation of metal studs, exterior sheathing, thermal insulation, sound batts and dry wall. All of the work was completed in twenty four months. 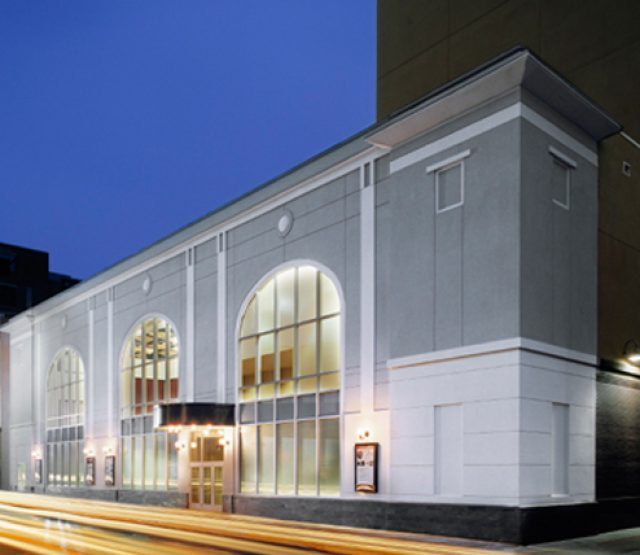 This project was very challenging in many areas. All material deliveries had to be scheduled in advance so that the street could be made available for the delivery trucks. In addition, there was no area outside of the building itself staging of materials. For instance, metal studs and sheathing for the exterior walls were placed on the roof and then distributed to the work areas from the roof. Scheduling of the work was also critical because the sidewalks needed to be reopened to the public as soon as possible. A portion of the new exterior wall on the side of the building was constructed to match an existing exterior wall at the front of the building. There also three large arched windows framed into this exterior wall. In another area of the building, workers used hydro-scaffold system to install the metal studs and drywall for the 90 foot high stage house wall. Another portion of this stage wall was installed from a scaffolding system that was positioned over the roof of the existing building. Being able to successfully participate in the renovation and restoration of this historic building was an honor for the Smucker Company.